The first day we did Anita's Reef, West of Eden, Deep Six, and then a night dive on Turtle Rock. We also found time to hit the beach at Donald Duck Bay and walk up to the viewpoint at the base of Sail Rock.
The dive at West of Eden proved to be extra special, with one lucky diver spotting a very rare Shovelnose Ray, coming in shallow to escape the cold thermocline moving in from the deep. Check it out: 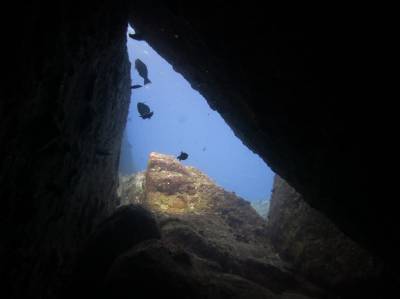 Next up was Christmas Point, with a very mild current and good viz, no less than six White Tips were spotted in this dive. Nice to see so many sharks around. Then on dive three at Three Trees, lightning struck twice, as again one lucky diver spotted another of the shy and elusive Shovelnose Rays! Awesome! We also had a huge Barracuda tornado at the end of that dive too. Sweet...

The Turtle Rock night dive produced a few hunting Morays, a Cuttlefish, some cool swimthroughs and plenty of crustaceans. The third day started at North Point, with Napoleons, Barracuda, another White Tip shark and a few Ornate Ghost Pipefish.

Then it was off to Koh Bon for two dives on the west Ridge and a night dive in the bay. We has a Manta that everyone saw, so that was a winner. Jenkins Whiprays, Bloched Fantail Rays, and so much other life there too, it was really, really good! 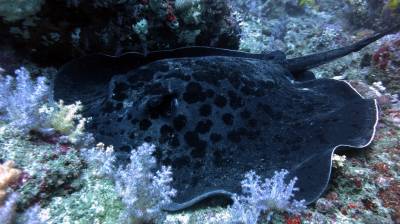 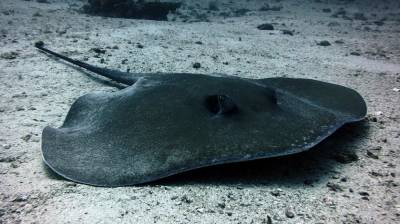 The following morning we decided to do Koh Bon Pinnacle. With very little current and good viz again, two lucky divers saw a family of six Bloched Fantail Rays hovering near the pinnacle. We also saw three Ghost Pipefish (All together in the same spot!) and a really cool deep purple colored Stonefish. Dive two was on the West Ridge again, and after seeing more Jenkins and Fantail Rays down deep, we ALL had two Mantas for the entire second half of the dive, all the way to the safety stop. They stayed with us the whole time, one and then the other coming in close to check us out. So cool! 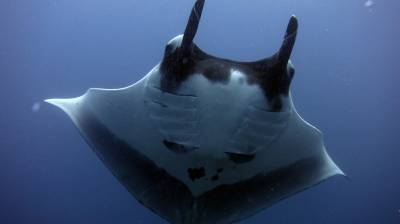 After the amazing show it was off to Tachai for some beach time and then a dive on Tachai Pinnacle. That one was nice, with four Ghost Pipefish, a Napoleon Wrasse and plenty of other action as well. What an awesome day of diving!!! 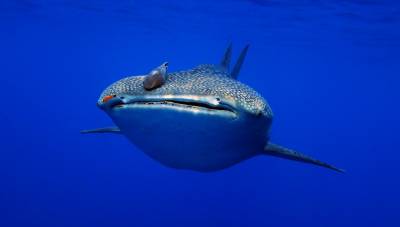 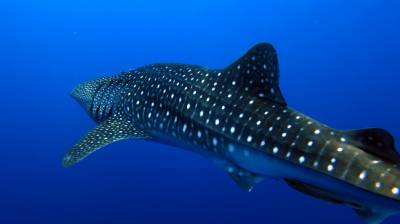 Some of the groups had the Whaleshark during the dive, and then EVERYONE had it on the surface after the dive for ten minutes. It was easily the smallest Whaleshark I have ever seen, 2.5 meters at the most. So small and cute, it was swimming right between us at the surface, coming around and around. Everyone was very well behaved, and because no one touched her, she just kept coming back again and again. One of the best morning dives ever!!! 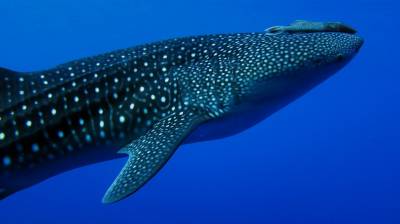 On to the world famous Richelieu Rock for three dives... And what do we see on our first dive of the day at Richelieu? A big Manta Ray cruises by to say hello! Most saw her at the beginning of the dive, and then she came back near the end of the dive for another pass in front of one of the groups. We also had so much other life, including Jenkins Whiprays...

Tigertail Seahorses and many Ornate Ghost Pipefish. There were schooling Trevally and Barracuda, and many types of crabs and shrimp, including the oh-so-cute Harlequin Shrimp. We even had time for a few group photos underwater.

Then on the last dive we struck gold again, as a small Female Whaleshark appeared out of the blue as we are descending for our sunset dive! So sweet!!! 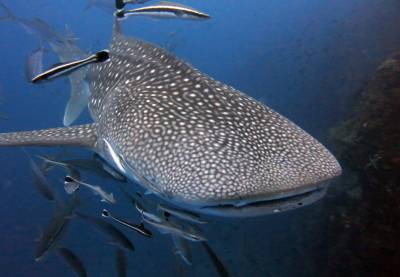 She was around for a while, then swam off, and then reappeared later in the dive to bid farewell to the members of the No Sixer Diving Team. Awesome!

The final day (number 6) of diving we woke up at the new HTMS Pra Thong wreck. And old WWII transport barge, it's a very new wreck on Thailand's West coast, having been sunk just last month. We cruised a around, entering into some of the larger holes, and peeking into some of the smaller ones. Really cool.

Last up was a dive on the Boonsung Wreck. It's always so good, with Frogfish, Ghost Pipefish and even Seamoths found there.

Add to that all the usual suspects like Spearing Mantis Shrimp, Blue Spotted stingrays and Honeycomb Moray Eels and you've got a recipe for a fantastic dive, every time!
So, after an awesome week long adventure aboard Manta Queen 2, it's sad to see the guests depart. We wish them happy travels and safe diving in the future.

Tomorrow we welcome another bunch for a fantastic three day tour of the North Andaman Sea's best dive sites! Really, this season has been the best diving around here in quite some time, many years in fact. It's time for YOU to come join in on the fun! Book your trip with Khao Lak Scuba Adventures before this season ends and come see what all the stories are about... Thailand's BEST diving. Hope to see you underwater sometime very soon... you have one month left to make it happen and see yourself in a picture like this one below!!!