Premchai Wreck, situated near to Taplamu pier, is the perfect end to a perfect trip!

Though sunk on purpose in 2001 for the benefit of recreational diving, the Premchai is the twin sister of the Boonsung Wreck. As the Premchai was sunk after the Boonsung, it is not quite as heavily inhabited, but month after month more and more aquatic life is finding it’s home on this beautiful wreck.

Placed close to the Taplamu coast, the visibility is largely affected by the coastal tide. On a good day, the visibility may not get much better than about 10meters, but you can still hope to see a variety of nudibranch, mollusks, pipefish scorpion fish, cuttlefish, crocodile fish, mantis shrimp, orangutan crab, and moray eel. 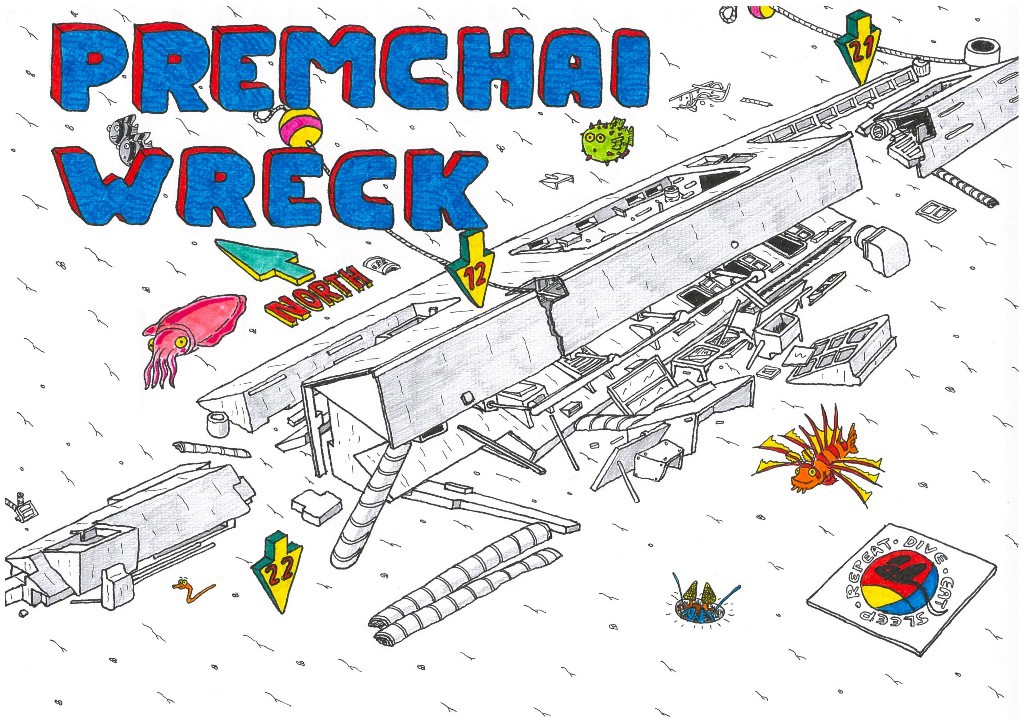