Advanced deep wreck, perfect for the technical divers out there.

MV Sea Chart 1 was in the process of transporting 1,200 logs of wood in its 3200 tonnes hold from Burma, heading across the Andaman Sea, down through the Straits of Malacca and then on to to its final destination in Vietnam. However, in August 2009, the bulk-carrier encountered problems not far from Thailand’s coast, where rough seas and severe weather battered the ship, causing multiple leaks in its hull. Water also leaked into the engine room and began to sink the vessel. All crew on board the Sea Chart 1 managed to escape on inflatable rafts soon to be rescued by a Thai Navy ship. MV Sea Chart, 84 meters long and 12 meters wide, now rests on her starboard side in 40 meters of water.

This facinating ship wreck still with cargo aboard and many other original features makes a jaw dropping dive for wreck divers. A huge amount of marine life has already settled on this wreck. There is lots of Lionfish, a school of huge Batfish, several different unusual nudibranchs, a school of big Rainbow runners, a big old Baraccuda, Octopus, Ghost Pipefish, Frogfish and many others. This is a dive site for more experienced divers and for our deep diver courses. 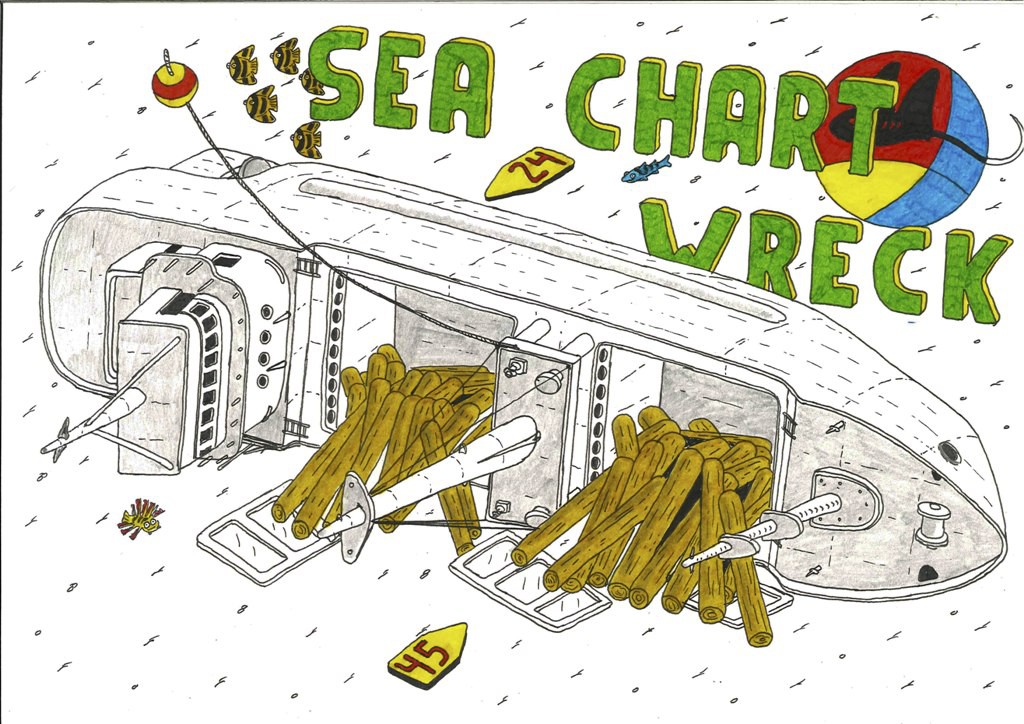