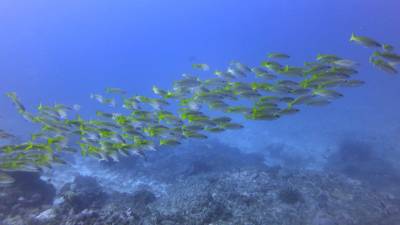 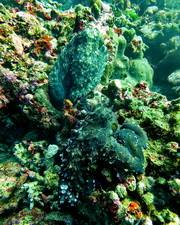 First dive at Elephant Head Rock is swim-though heaven and exploring the deep pinnacles. Current was also negligible which was amazing considering was we would be getting later in the day. Highlights were ornate ghost pipefish, octopus, giant barracuda, porcelain crabs and big spotted boxfish. Then to Christmas Point before heading up to Koh Bon, where the biggest surprise was the current. Great practice for those not used to currents and definitely a exciting experience for those involved, despite the conditions we still managed to find mating octopus and harlequin shrimps amongst the reef. Sunset dive on Koh Tachai and the current had subsided a little bit, and the fish were out in numbers. Lots of schooling fish, trevallies a couple barracudas (we would have to wait for the next morning to see the big schools cruising around). 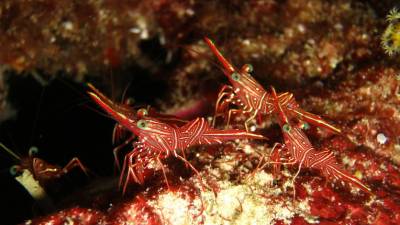 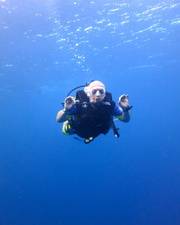 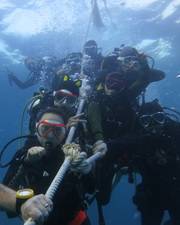 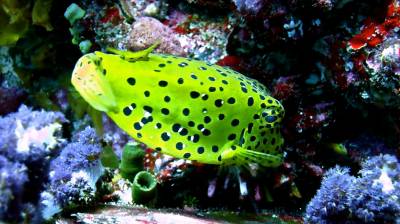 Day three is usually the highlight and we started by dropping down to 30m on Koh Tachai with almost no current. The soft coral and bommies here are beautiful with big sea fans and whips coral scattered around, without forgetting about some more ornate ghost pipefish, morays and two huge schools of barracudas on either side of the dive site. Then while eating breakfast we head to Richelieu Rock, which as usual is totally packed with fish. Schools of barracuda, trevally and tunas are cruising around while inside the coral we found a bunch of pipefish, harlequin shrimp, zebra moray and spindle cowries amongst other things. 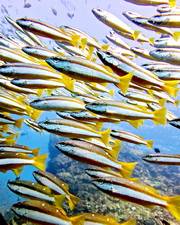 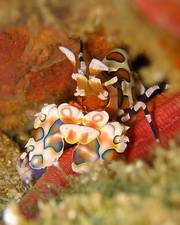 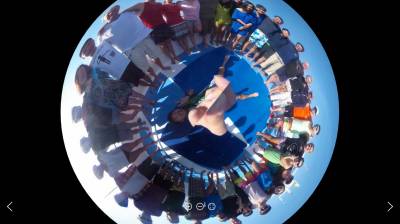 Last day and its a double header on the shipwrecks, with the Boonsung and then the Premchai. Two great dives covered in fish big and small before heading back to mainland. Thanks alot to everyone who came out!! 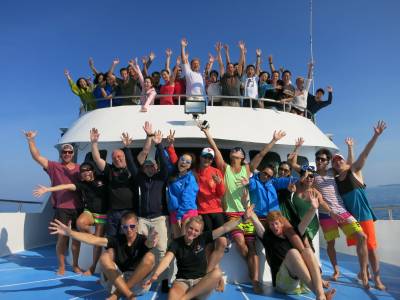