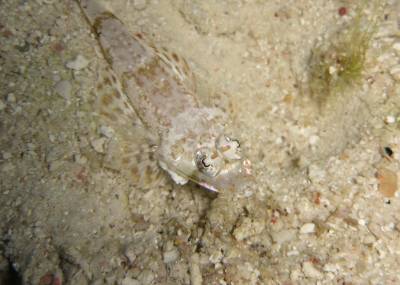 Second day began with sunrise and tea, our first dive on elephant head rock was amazing morning conditions for the second day in a row. For a site that is quite exposed and can sometimes feel like a washing machine, we had no problems cruising around the site. It was a great time to explore all the dive site has to offer. Last dive in the Similan Islands was at the north of Island no.9 on Christmas Point, a great site with more swim-throughs and lots of juvenile fish, plus a few people saw a huge barracuda come check them out. So after the last divers are back onboard we waves goodbye to the Similans and head north to Koh Bon. 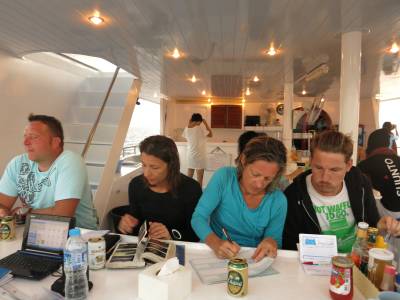 End of the day, logging dives and relaxing

The massive pinnacle that forms the west ridge of this island descends gradually over 60 meters and covered in soft coral. We couldn’t go that deep but visibility and sea life were abundant; banded sea snake, octopus, multi-barred pipefish. For the last dive we went further north for our sunset dive on Koh Tachai. Covered in fish and coral, some groups encountered a grey reef shark that came to see what was going on. 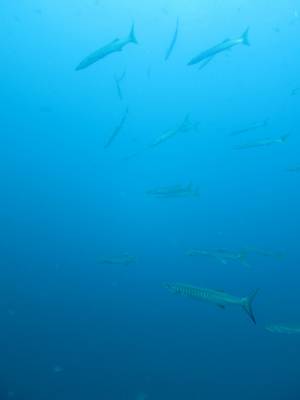 The third day begins with a deep dive on Koh Tachai before heading out to thecrown jewel of the trip: Richelieu Rock. Koh Tachai consists of two deep dome shaped rocks with fish everywhere. Then its east into the Surin National Park for the three dives on Richelieu. Once dropping in its obvious to see why people love this dive site: zebra moray, harlequin shrimp and ornate ghost pipefish and schools of fish everywhere. Our ‘Nature Show’ moment was watching a small octopus climb his way out of a scorpionfish mouth after it had been swallowed! 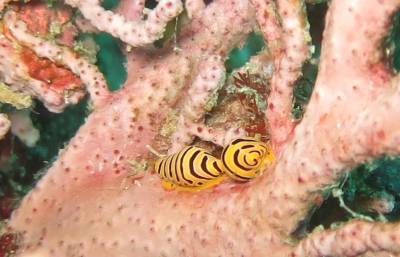 For the last day we did the last two dives before arriving back at the pier just south of Khao Lak. For the first we found ourselves back at the West Ridge on Koh Bon as conditions at the pinnacle were a bit exposed. A Leopard shark was spotted deep in the bay for some divers to get some nice photos. 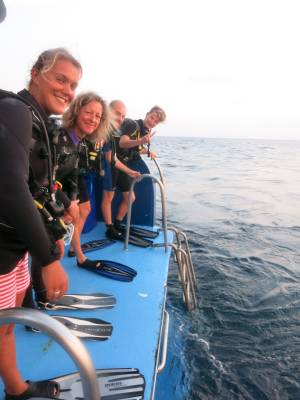 The last dive of the trip is on the Boonsung Wreck. For those don’t know: this site is covered in fish! Macro everywhere: frogfish, ornate ghost pipefish, nudibranch, spearing mantis shrimp. It’s a really easy and fun site to finish the trip on. The couple hours back to the pier and the sun was out and a little wind blowing and everyone relaxed in their own way to reflect on a really fun four days. 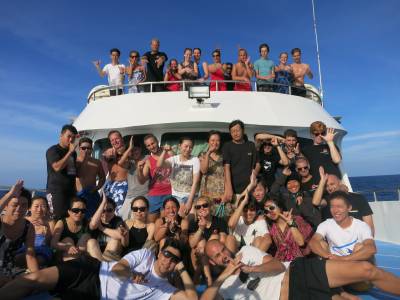 Thanks for everyone who came out. It was a blast! MQIII