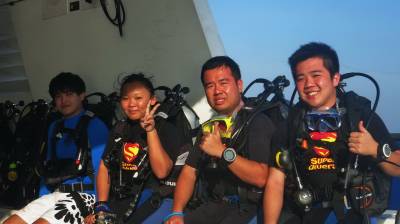 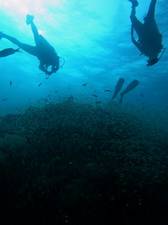 Day two and the first dive is at the pinnacles of Elephant Head Rock and with the moon full last night everyone was briefed about strong current and how to deal with it. Knuckles were looking a little bit whiter than normal as they held the rails before jumping in. As we descended kicking over to the site we noticed there was almost no current and lots of life: turtles, octopus, seamoth and a white tip hanging around for a few minutes. 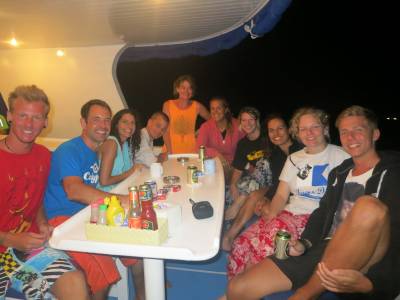 Our fortune carried over to the next site Chistmas Point; more white-tip reef sharks and an eagle ray. But the thermoclines, it dropped from 28c to 24c, and I can tell you the only good thing about going through  is when you go back though the warm water. 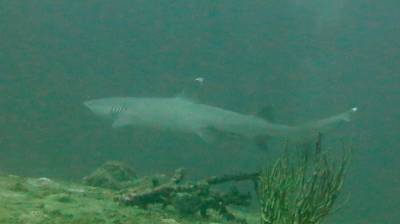 Waves had picked up a little as we headed north to Koh Bon and Koh Tachai, with the latter being a fantastic sunset dive. Aka 'The Dome' this site was covered with fish big and small, punctuated by two huge schools of barracuda that didn't us getting close for some photos. 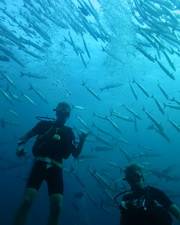 Due to changing weather conditions we made the call to head back down to protection of the Similans in case it picked up more. Second dive was on Hin Luang aka Koh Bon Pinnacle where we had great viz and no current and the resident stonefish and spearing mantis were a nice bonus. Third dive and back at Koh Bon West ridge to try our luck for some big stuff. It paid off as manta came by at the start of the dive for a couple minutes before making off into the blue. Hearing on the radio the mantas were still around we dived the site again for the sunset dive. We didn't get lucky a second time but the site was empty and we had it all to ourselves. 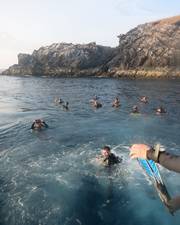 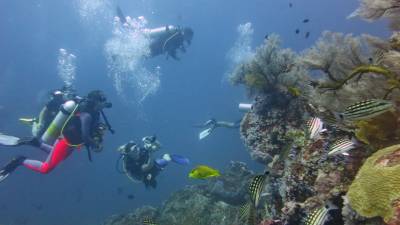 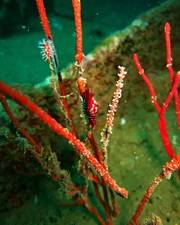 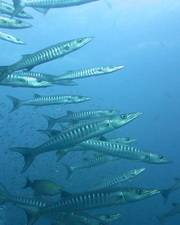 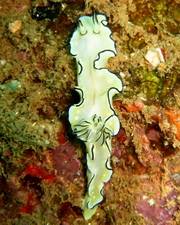 The last day and the plan was to dive two shipwrecks: the Boomsung and the Premchai. Two tin mining dredgers that are covered in fish. Schools of batfish, snapper, and juvenile barracuda were cruising around and in the wreckage we saw the real treats: ornate ghost pipefish, frogfish, crocodile flatheads and nudibranch. From there its a short cruise over to the pier to get the minibus back to reality. 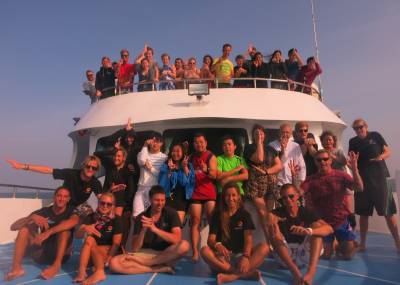