Manta Queen I trip #8 on board MV Chontara

Manta Queen I trip #8 on board MV Chontara 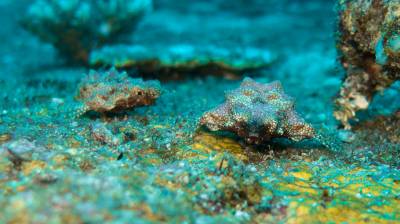 With a weather forecast of a new storm evolving from a knowed one we decide to head north before than normal, but not before our dive at West of Eden and Deep Six. Then straight to the north side of island number 8 to do a night dive at Turtle Rock, named like that for a rock with a turtle shape right on top of the dive point. Lobsters, Cometfish, Reef Crabs, Flatworms and a friendly Green turtle who join all the groups while we were doing the safety stop.

Second day, we woke up at 6:00 o´clock at Donald Duck bay and decided to do the sunrise dive again at Turtle Rock because the conditions were a bit unpredictable for Elephant Head Rock, this time exploring the deep part to spot a crazy amount of Kulh´s Stingrays resting in the sand, in my case i counted 18 plus a Marbled Ray, not bad at all. 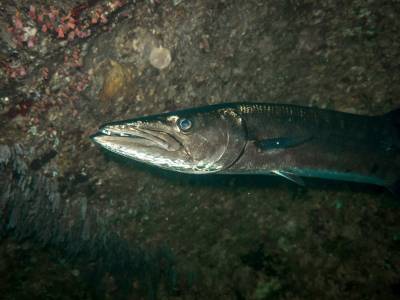 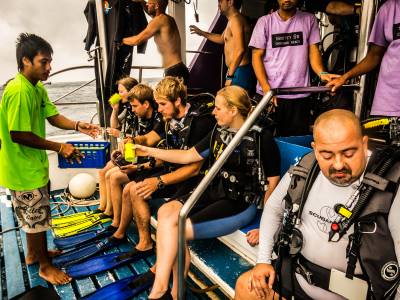 Luckily the wind calm down and we sent our costumers to the beach at Donald Duck bay before our second one at Elephant Head Rock, to visit our beloved family of seamoths and enjoy the ride trough the maze of Massive granite boulders, few groups were lucky to spot a White Tip Reef Shark and a huge barracuda posing for our pictures not being worried at all for our presence next to her (or him). After this one we decide to stay in similan islands listening the recommendation of our captain, the forecast was changing a lot and was better to stay in a proper shelter to wait until tomorrow. Safety First !!!

Third dive at Three Trees, were the groups came back on board amazed for a Barracuda Tornado of around 100 individuals and turtles, Napoleon Wrasse, Sea Snake..and the spotting of a juvenile Emperor Angelfish, beautiful fella!!!. Now our second night dive at Nam Chai, a place almost unknowed for all of us, but becoming a great surprise with a dive full of discoveries, being the biggest one a Cockatoo Waspfish, our first time in Similan Islands and surroundings, not to be mistaken with the Leaf Scorpionfish, both of them are from the scorpionfish family but different species. 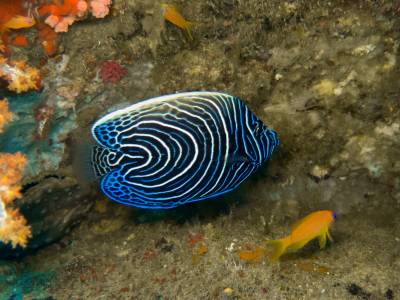 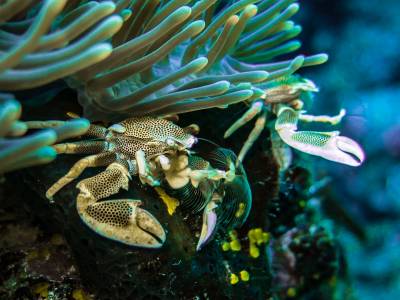 Third day, the conditions are not getting better and under recommendations of the Marine Service and our captain we decided to stay in the best shelter of the area, between island 8 and 9, seems the depression created for the original storm is pussing the new one towards us. Safety first. First dive to explore the deep part of Nam Chai, were we discover together with our costumers a lot of bomies full of glass fish and small creatures and a second one in the outside area of Donald Duck Bay, with several rays and a Black Tip Reef Shark.

After this one we got a new weather update on place, which made us take the decision of cancelling our next two dives for safety, the best thing to do after we saw another boat struggling to pick up the groups along 30 minutes. After dinner time we received information from the navy, the storm was evolving to worst and they decided to send a Vessel to evacuate the people back to the mainland, all the vessels of the area were in the best shelter for that moment but wasn´t safe to come back. 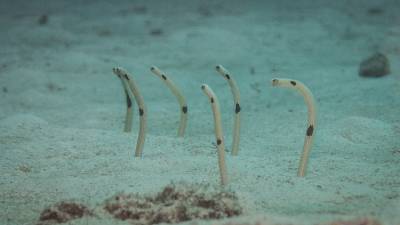 When they arrived they decide wasn´t safe to get people on board in night time and we waited to the next morning, the very same moment our captain told us the conditions were safe to come back with our boat, what we did without problems. We would like to thanks all our costumers for their understanding in this unpredictable situation. We all followed the safety procedures and everybody behaved perfectly in the way back, that actually was a much better ride we were expecting.