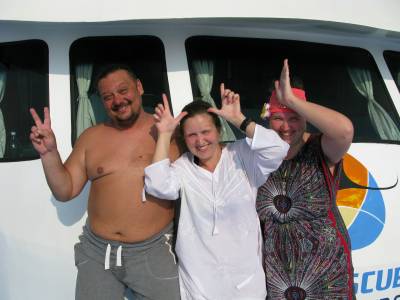 Anyway, even though it was a few weeks ago this trip still sticks in my memory as one of the best trips of the season. Weather was just fantastic with glassed out conditions on the surface and sunshine everyday without a cloud in the sky, 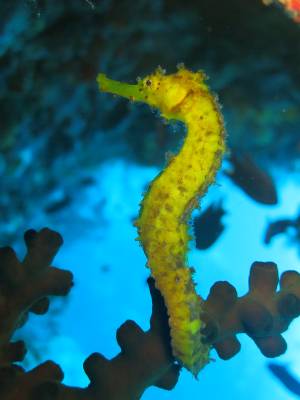 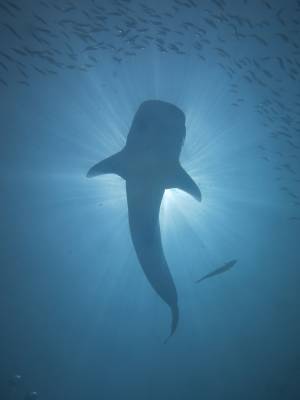 All the beautiful creatures were out and about and with many photographers onboard the dives were slow and relaxed taking advantage of the 30m visibility and balmy 29c waters... well......29c most of the time. as standard in the Similans there are these wonderful things called 'green monsters' which roll in when you least expect it bringing cold water as low as 22c and limited visibility...Lets just say it keeps everyone on there toes and those who chose to go sans wetsuit were thinking twice about the choice of a rash guard over their snug warm wetsuit they left on the boat... 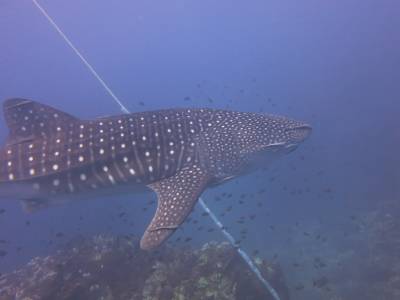 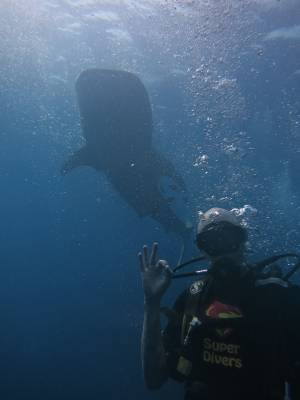 Saying all this what keeps these conditions interesting is that all the good stuff seems to appear out of the green when this happens. So when all the divers are giving their little squeals of surprise over the shock of the change in temperature these squeals turn into screams of delight when whalesharks come out of no where above them feeding. 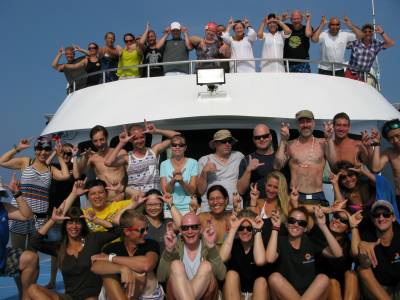 Richelieu Rock was absolutely "ROCKIN' having 2 whalesharks there all day and even having a small manta cruising around the back of the boat on our surface interval, which people had a chance to snorkel with. Gearing up after the first amazing dive a whaleshark even surfaced at the back of the boat as people were putting on their fins pretty much giving us a preview of what was to come. 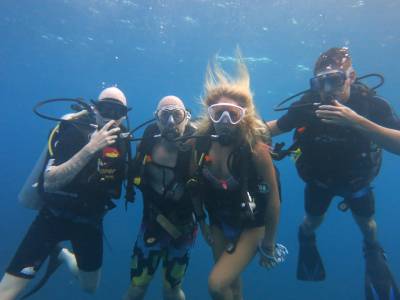 The thrid dive on Richelieu was mine and would say everyones favourite dive of the trip with the whalesharks passing so many time and even looikng as if they would run into each at some points, as if they were that large and not enough room for them both. 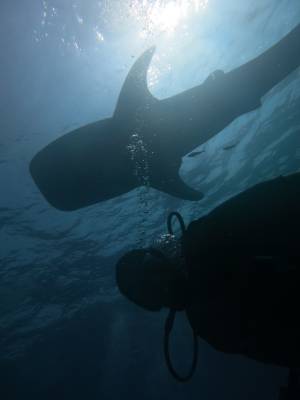 The feeding of the whalesharks was something spectacular in itself with one group with huge cameras having a whaleshark each for most of the dive and with that huge mouth agape and swimming straight for you the pictures and videos were just amazing. Everyone was loving the evening with beers a plenty and everyone sitting around watching each others movies of the out of the world day at Richelieu Rock.

This trip was also made so enjoyable by all the people....As trip leader i found everyone so much fun and enjoying each others company and having. with people from russia, taiwan, china, and brazil, with the shared love of diving it was a fantastic atmosphere which i wish could be there on all trips..thanks

Its not something that happens all that often and never be disappointed in the underwater world but you've got to be in the water to see it.. so come on over and jump aboard!!!!! you never know what could happen.